General discussions and other topics.
2 posts Page 1 of 1
Post a reply

by improviz » Mon Jul 20, 2020 5:07 pm
Quote
I'm in West Portal in San Francisco. Had Gigabit fiber for awhile now, got it as soon as it was offered at my address. When I first had it installed, with my Windows desktop on a hardline to the fiber bridge, I was routinely seeing in excess of 950 down, and around 800 up. I regularly visit DSLReports/Broadband Reports and run their speed test, as well as the Oookla test and others. Sonic was reliably close to the 1000mbps speeds I was expecting, until early April 2020. Suddenly, I'm seeing barely 300 down, and around the same up. Attached is today's latest speed test. In Mid-May, I got a new desktop (AMD 18 core Threadripper, gig ethernet, 64gb RAM, etc). It's plenty fast. However, the speed tests continue to be disappointing. Again, this is unplugging the ethernet from the bridge in the basement from the back of the wireless router, and plugging it straight into my PC. Is anyone else in this area, or in SF, experiencing this kind of speed drop? Right now I'm getting only about 1/4 of what I'm paying for. With my wife working from home and on back-to-back Zoom meetings all day, it's getting nearly impossible for me to use the network for anything except a little facebook - no streaming, etc., which, with full speeds, shouldn't really be an issue. 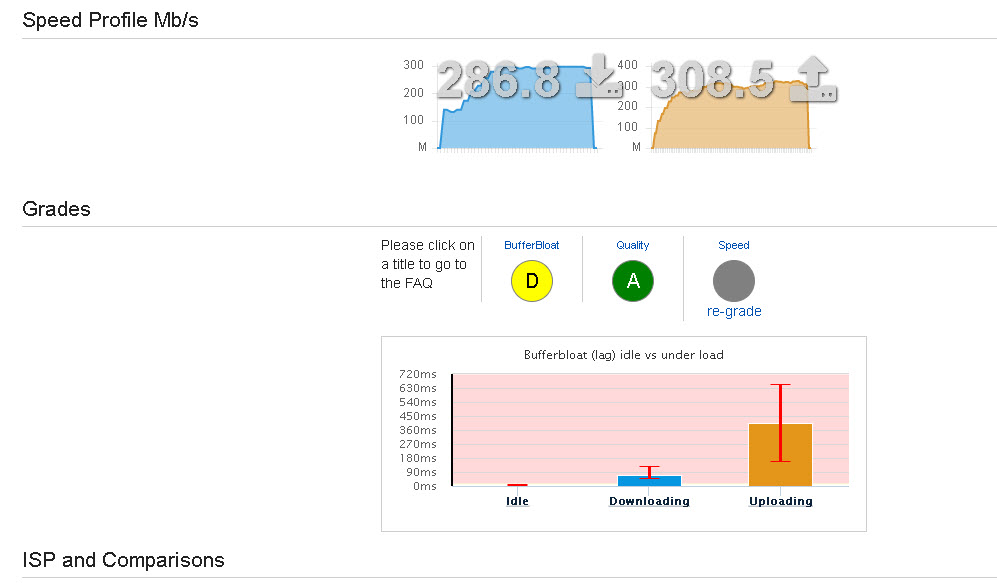 Have you tried power cycling your ONT yet? This is the white box that the fiber comes in from the outside of the house. Also I am not 100% sure but are you able to test straight from the ONT bypassing any router? Let me know !