Re: Sonic Fiber in Berkeley

bryanhaggerty wrote:
Seeing lots of homes get wired up west of MLK in North Berkeley around me. Yet the cabinet at Vine and Josephine remains to be hooked up while others in the area are all set up. Not sure if there is something unique about this particular cabinet to others. Unfortunately for me, it’s where the line on my street connects.

Hello fellow neighbor in the same vicinity, I've come home each day wistfully looking at that cabinet to see if its been done as I'm pretty sure this one is a major junction point that goes east under MLK (two poles over on vine then goes into the ground), it looks like people on Vine on the 1900 block also are probably waiting on that LCP cabinet as they have the same Sept availability, makes me wonder if we are closer to the Albany CO if its coming from Albany to the East.

I know Quanta which appears to be sonic subcontractor was out there about a week or two ago, but I think sonic themselves have to do the cabinet

Its funny that I also appear to have Paxio fiber options as well, but they are more expensive and I much rather support Sonic.

by alxyang24 » Fri Sep 28, 2018 11:25 am
Quote
I saw a sonic pickup truck yesterday at the intersection of vine and Josephine and talked to the guy inside. He relayed that apparently this cabinet needed one more fiber run and that we should be live soon! I noticed this morning that there is another fiber loop hanging, here's to hoping its live soon!

by bryanhaggerty » Fri Sep 28, 2018 2:21 pm
Quote
I hope so. But it doesn't seem promising given that I just received an email from Sonic stating that construction delays have caused the date to be pushed back to November.

by cmeisel » Fri Sep 28, 2018 4:26 pm
Quote
I just got an email that said expect to finish this month with a woohoo in it (same mail I got in July) but I am in the hills and no fiber is close so I know the November mail will follow in the next 72 hours. these automated messages are unfortunate.
I would prefer a mail telling me the current date is unknown and that I will receive updates as more is known.

by aanon4 » Sat Sep 29, 2018 1:53 pm
Quote
I got the expected Sonic delay email yesterday. This one claims they're over halfway completed in my area and that they'll be done in my area by November. Not sure what to make of that except now I'm thinking January As none of the Berkeley network will be online until the downtown underground work is complete, and those date are unknown last I heard, I wonder why Sonic give out these dates anyway. There continues to be a lot of work being done next to the AT&T facility on Bancroft which I assume has always been Sonic related. Doesn't look anywhere near done.

by bryanhaggerty » Mon Oct 01, 2018 12:12 pm
Quote
Progress. Looks like the cabinet at Vine and Josephine has been wired up. Although the email today I got from Sonic still says November, despite many of those on neighboring streets are being wired up. 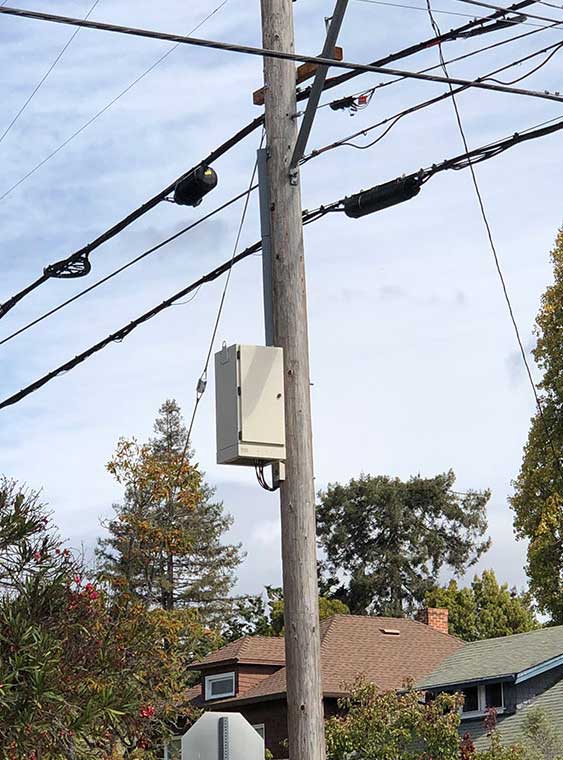 by diamondhaber » Mon Oct 01, 2018 1:27 pm
Quote
I haven't gotten an email about fiber in Berkeley in a long time, if ever. I'm in West Berkeley. I have seen some Sonic trucks in my neighborhood, but not like the intensive work in other Berkeley areas. The tool currently says October install date.

My understanding was that I don't need to do anything to get fiber when it arrives. Am I wrong about that (the lack of emails is a bit worrisome)?

by neha » Mon Oct 01, 2018 2:01 pm
Quote
Dane just posted on another thread that west of MLK, north of University is now online. Anyone east of MLK have any updates?

My understanding was that I don't need to do anything to get fiber when it arrives. Am I wrong about that (the lack of emails is a bit worrisome)?

I'd recommend a phone call if you've been waiting a while. I was waiting for a while to hear that something got fixed that was broken upstream of our location that had prevented our installation from completing.

When I finally phoned, they looked it up, discovered the fix had indeed been done, and I was able to make an installer appointment promptly.

by ankh » Sat Oct 06, 2018 10:40 am
Quote
I can't vouch for the accuracy of this map from broadband.com -- they have a link for reporting errors.
It shows service available by census tracts, which is quite fine-grained.
It shows our residential block as only half served by Sonic which I think is outdated, so your mileage may vary if you look yourself up.

As usual you can zoom and drag the map to see more.

It might help answer some of the coverage questions.