by bg1811
I may be moving soon and a lot of the properties in the area offer only FTTN. I'm currently using classic Fusion X2 and read about some of the drawbacks with the resold AT&T service that other customers have mentioned.

I'd like to stick with Sonic if I can, though the loss of true Sonic support and privacy protections concern me. So I want to know what to expect if I end up at a place that only has FTTN service:
I suppose I could just run a software VPN client on a machine when I need extra protections, but I also saw some older threads where AT&T was having problems with YouTube and Sonic's VPN fixed it. So it would be convenient if I could just leave it running on the router and forget about it, without major impact to speed/latency. I'd also feel more exposed in general if I stayed on AT&T's network all the time.

by js9erfan
Former ATT FTTNx2 customer here and while my location was only capable of ~35 Mbps the service was pretty stable for years until it wasn’t. It was at that point I realized the downside to the service – Sonic is really limited in their ability to support their ATT FTTN customers and they were ultimately not able to resolve my issue. As much as I hated to do it, switching to Comcast cut my bill in half and took care of my bandwidth limitations.

In regards to Sonic’s VPN and your speed/latency question, it really depends on your hardware and line. With OpenVPN using AES-NI capable hardware is highly recommended. But as a reference my old SuperMicro A1SRi-2558F board running pfSense was able to max out my 35 Mbps line with ease using AES-256-GCM. I don't put a lot of weight into these speed tests (using iperf is the way to go) but with Comcast’s 150 Mbps package I’m hitting around 110 Mbps using PIA (AES-256-GCM) and my router still doesn't blink. And no, using WireGuard as a server will not interfere with using OpenVPN as a client service. 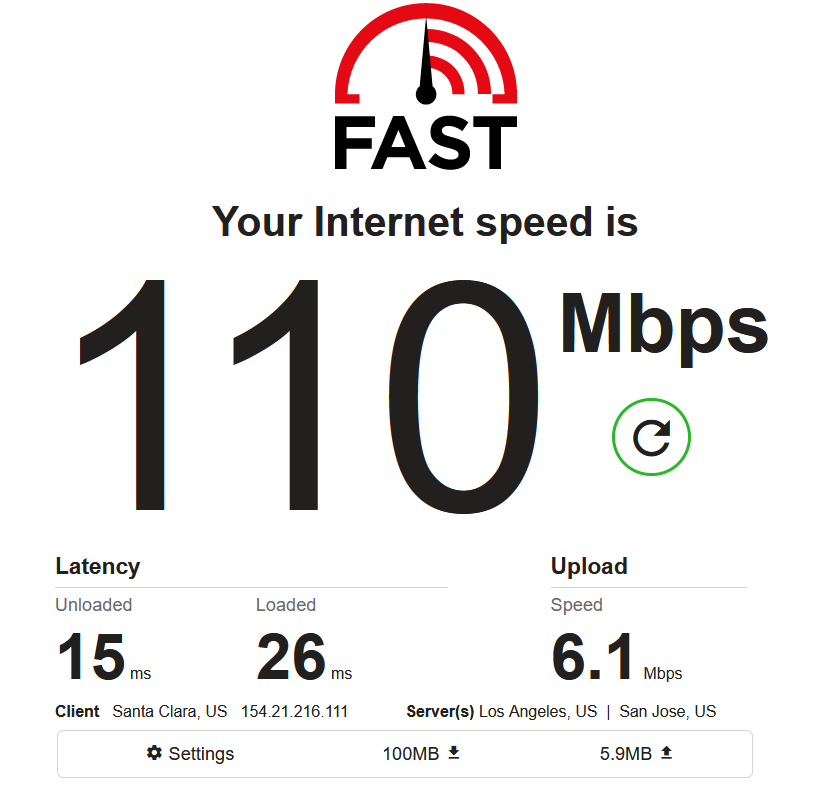 by bg1811
Thank you for sharing that. So to clarify, with that hardware you're getting 110mbps whether VPN is active or not?

by ngufra
Running vpn client on router will ensure AT&T only sees encrypted traffic from you to sonic.
It also means that your youtube/netflix traffic will have to go to sonic instead of a cdn at AT&T which could slow you down.
If your router is beefy enough and not doing much else, you may not see any speed degradation.
I suspect the latency will not be affected much either.


Doing tests here on a laptop. sonic service is fiber.

With vpn to sonic, latency is 4ms. With vpn off latency was 3 or 5. I would say the difference is not significant, but the reading may not be relevant as with vpn, it's already on sonic network so yeah, the route to sonic is short.

If your line speed is much less, I believe you won't see much difference if any.

by bg1811
Thank you for that. It sounds like I should be OK at 50mbps if I invest in some decent hardware.

Having to compromise with AT&T's network still leaves a bad taste in my mouth but I want to continue supporting Sonic. So I appreciate the information, in the event that I end up with AT&T FTTN.

bg1811 wrote:
Thank you for sharing that. So to clarify, with that hardware you're getting 110mbps whether VPN is active or not? 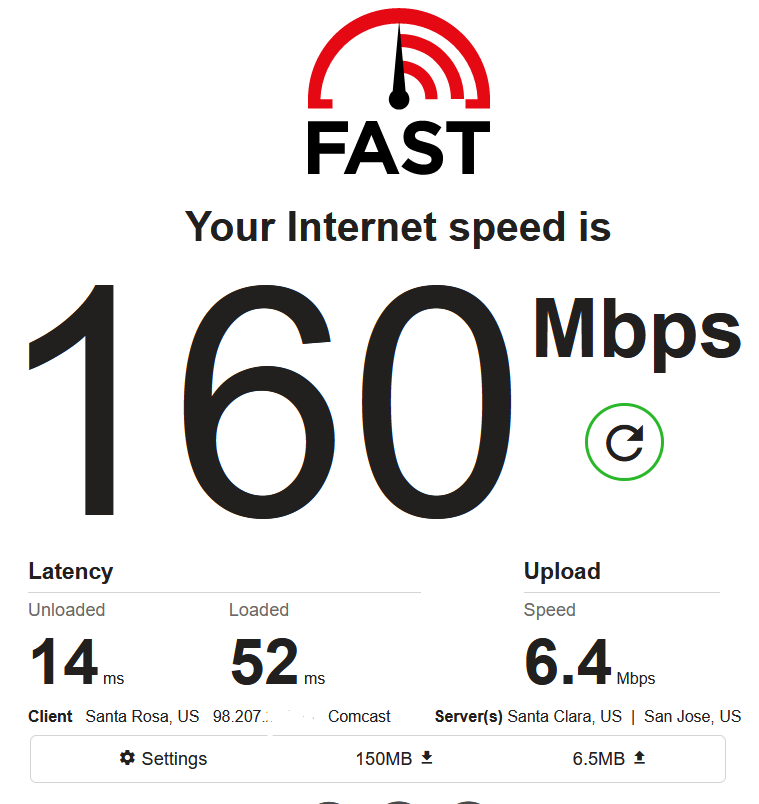